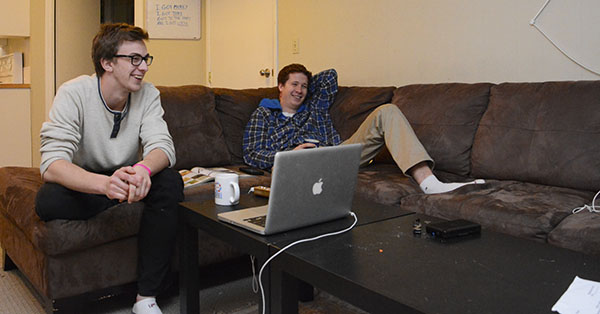 Spencer Townsend and Devon Kiddell are students attending the University of Calgary. They have been living in their Banff Trail basement suite since September of 2013, paying $1000 per month. Townsend says the suite is “very ideal for what we’re doing. It’s close to the University and cheap.”

STORY AND PHOTO BY KELSEY SIMPSON 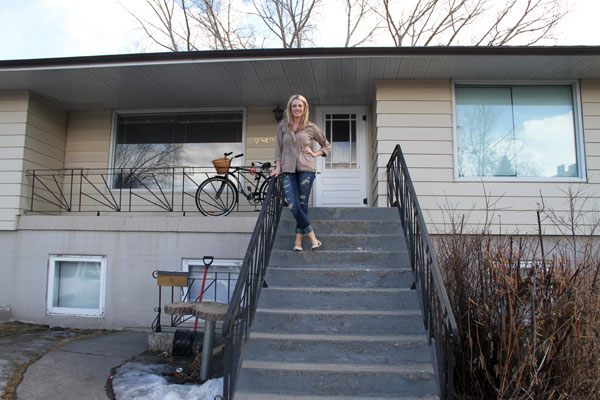 After spending two years living in residence at Mount Royal University, SAIT dental assistance student Kirsten Mosand thought it was time to get a place of her own.

“Residence was great to meet people first year, and second year worked too. It was just so easy to walk to school everyday but by third year you are just ready for something more,” Mosand says.

Originally from Bawlf, Alta., Kirsten and her two friends who are also from out of town, began to look for a rental options that was both close to MRU and an easy travel distance to SAIT.

“We didn’t have references. We were first time renters; that also made it more difficult,” Mosand says. “It was a lot of work. We looked on Kijiji and RentFaster, but it was such a big process, we spent all of our days all summer trying to find a place.”

The trio finally found a place near 17th Avenue in the S.W. community of Richmond with a main floor primary suite. The basement suite is rented by three males below them.

“This was our very last option we had. We had our fingers crossed,” she says.

Mosand says that if the city had a program in place to help students find cheaper housing like secondary suites, it would have made her struggles a lot easier.

“I know a lot of people that rent out basement suites because they just wanted a little something. It doesn’t have to be super nice, just something affordable and temporary because we can’t afford a condo or a big apartment,” Mosand says.

The women have been living there since mid-August 2013 and say they enjoy the space the main floor has to offer.

Mosand says the “mutual understanding” between them and the tenants below works as they like to have people over and they don’t have to worry about being too loud.

Each of them pays $750 per month to live in the upper-level suite. They have the benefit of a large kitchen and living room, and also a large backyard, which they use to host get-togethers.

* Note: One of Mosand’s roommates is a student in the journalism program at MRU.