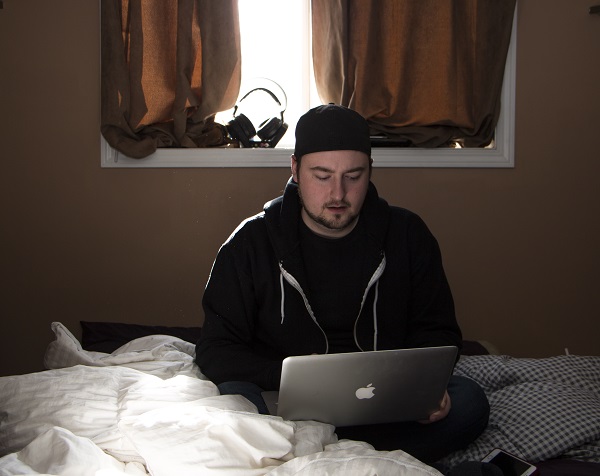 STORY AND PHOTOS BY JODI EGAN

A secondary suite can be a sweet deal for those looking to live inner city for a good price. The price of rent in Calgary is exorbitant and it’s not going to get any better anytime soon. Matt Watterworth, my boyfriend of two years, has been living in a basement suite since I’ve known him and has a pretty sweet deal down there. His rent hasn’t increased since he moved in and he has an office where he works from home.

His landlord, who Watterworth has an amiable relationship with, recently broke the news that he is selling the house, meaning he’ll will be forced to look for a new place is this renters’ nightmare. But, despite the difficultly ahead of him, Watterworth says he’s half relieved that he can move above ground as basement suites present their own challenges; bad cell reception being one of the worst.