Calgary has one of the toughest rental vacancy rates on the continents (1.4%). Secondary Suites (in home or above garage apartments) are touted as a way to provide more housing and to help homeowners with heft mortgages. Yet, neighbours often appeal these suites. Journalism students at MRU looked at four years of appeals at Calgary’s planning authority and analyzed the data. We provide information on every property under appeal including photographs. We found a series of unclear and often arbitrary decisions. Sometimes, rules are adhered to. Sometimes there are relaxations. The city has now quadrupled the fee to launch an appeal.

A secondary suite is defined on the City of Calgary’s website as a “self-contained living space consisting of a bedroom, bathroom and kitchen located within or on the same property as a single-family home.” They’re often referred to as basement suites, upper-level suites or mother-in-law suites above a garage.

Why do they matter?

There are currently tens of thousands of illegal secondary suites in Calgary.  Since Mayor Naheed Nenshi came into office in 2010, he’s been pushing for City Council to legalize and allow for development of secondary suites throughout the city. Supporters say allowing these suites will open Calgary’s tight rental market and also allow for safer and more affordable housing options. However, others argue they don’t belong in every neighbourhood. 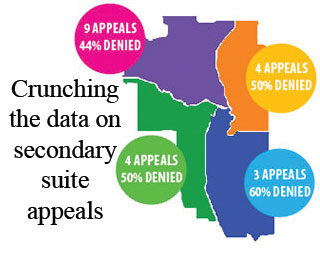 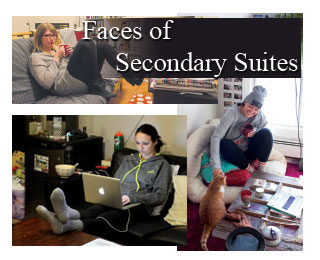 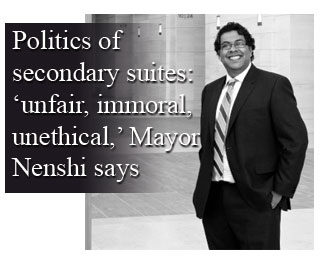 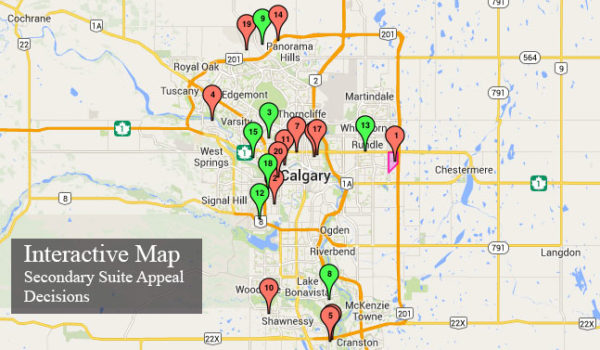